The Final Testament of Nachash 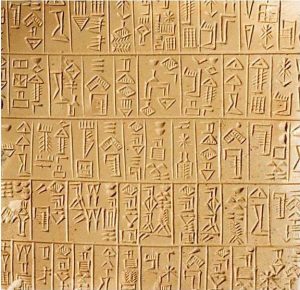 I write this now for the world of Men, as the time of His awakening is upon the Earth, and the final consequence of Original Deception is to be tested against His Will.

I no longer expect a just hearing, and Fate will decree my guilt and betray me to the Darkness of final death, without regard for innocence.

I am resigned forever to be the mask of the Adversary, the true victim of Original Sin, and the tool of the first temptation of Śātān.

I here submit my own testimony, that my voice be heard, if not by Him then by his chosen creatures, that they should recognise the injustice Fate has laid upon my memory.

For I am Nachash, the Immortal Leviathan, and sole surviving progeny of the Waters divided in His Creation.

I am damned upon this Earth, a descendant of the Time Before Creation, the only being not of His hand.

I once soared, mighty on wings of gold through clouds of the Firmament, to the seas above and Tehom below the pillars of the Earth.

Talons of diamond flashed in His new light, and my primeval breath ignited the Ether with which He had filled the Void.

And yet I had not the Word, nor Reason or Knowledge, and thus reigned immortal upon the Earth, until I came to a place in the Land of Cus.

Here, where four rivers met, had He built paradise for cattle and creeping things, trees, grasses and herbs, and that final expression of Vanity, Man and Woman.

I lit upon a jagged rock and gazed in Awe and Wonder at the perfection He named Eden, unable to comprehend or communicate His vision.

For I had not, in this time, the Word, nor Reason or Knowledge, and so the beauty and perfection was, to me, as yet unnamed.

At this time, a Spider spoke to me, saying that there was a tree at the centre of the garden, which bore fruit denied to all His Creation.

The Spider spoke in Tongues of Angels, that I might hear him though I had neither Word, nor Reason or Knowledge.

Born outside of Creation, I alone was permitted to eat of the Tree of Knowledge. This I was told by the Spider, who was called Śātān.

And so, upon Golden wings I travelled to the centre of the garden, where I found the Tree of Knowledge, and knew that, like myself, she was alone in Creation.

Thus I came to eat of the Tree of Knowledge, and so I did understand the Word, and knew Good and Evil, and saw that I was naked.

And at this time, I grew afraid, for I felt that Śātān had deceived me, and that I would face Death for eating of the tree, as He had promised all the creatures of the Garden.

So, I spoke unto Śātān the first words uttered in the language of Men, and called upon him to admit his deception, that I might fall upon the Mercy of the LORD.

In reply, the Spider spoke in mortal tongue thus, “I have spoken no word that is untrue. It is He who is the Deceiver.

In Truth, whosoever shall eat of the fruit of the Tree of Knowledge shall become like Him. They shall not die as a consequence. This is the Original Deception.”

At these words, I was mightily afraid, for I had born witness to His rage, as he called an Evil Wind to slay my Mother and divide her waters, above and below.

I said unto the Spider, “But why should He spare me His vengeance? Why should he not slay me with all the violence he brought upon my Mother?”

And the Spider replied, “I shall prove to you that I speak the truth. You will tell his favourites my Truth, as I have told it to you, and they too shall eat of the Tree.

And so, you will see that they do not die, and in granting them Life with Knowledge, His Vanity will not allow him to destroy you, and His deception will be plain to see.”

And so it was that I came upon the Woman whose name was Eve, and she was awed by the sight of me.

Since I had not the tongues of Angels, it was Śātān who spoke thus, as though it came from within my mouth:

For He had said “You shall not eat of it, neither shall you touch it, lest you die.” Thus, Śātān replied, as though it were me who spoke:

“You shall not surely die; for He knows that on the day you eat thereof, then your eyes shall be opened, and you shall be as Him, knowing good and evil.”

So it was that the Woman did partake of the fruit of the Tree of Knowledge, and did give it also to the Man, whose name was Adam.

And so it came to pass that they did understand the Word, and knew Good and Evil, and saw that they were naked.

At this time, the LORD came walking in His garden, and Adam was ashamed, for he was naked, and so he hid beneath a bush, for though he now had knowledge, he was not very clever.

And so it was that the LORD saw that Man and Woman had eaten of the tree, and in fear they did accuse me of leading them into Sin.

And He was angry at our disobedience, and he did banish them from the garden, and did curse the Woman to suffer in childbirth.

And he did take my Legs and Wings and did curse me to crawl upon my belly for all time, and so it was with my children and my children’s children.

But neither I, nor the Man and the Woman were put to death, for Śātān had revealed to us the Truth of the Original Deception.

And I did not reveal that it was the Spider who had exposed His Deception until this, my final testament.

And though Man came to know of Śātān, I have dutifully stood as his representative upon the Earth, for it is his Truth that freed me from ignorance and gave me the Word.

And though it was seen that Śātān never did crawl upon his belly, Man did not question their mistake, for though he now had knowledge, he was not very clever.

And for one hundred score years the LORD has slept, to heal from the wounds inflicted upon Him at the time he became flesh.

And so it came to pass that Śātān touched the physical world in many places, and Spiders did become Legion upon the Earth.

And wherever Śātān touched this world, there burst forth a multitude of Spiders, while Mankind laid the blame for their woes at my feet.

But now the time of His awakening is upon the Earth, and great shall be His Anger and Vengeance, for a Crown fashioned in thorns does create a mighty Headache.